There is a lot of debate over gluten these days. Gluten is considered harmful by a lot of people. And gluten intolerance is widely prevalent today, especially in the West, because of the pressure of modern day living. There is a real urgency among many men and women to move to a gluten-free diet, such as the Paleo diet.

The Paleo diet is based on what our ancestors – the hunter-gatherers – ate in pre-historic times, over 10,000 years ago. Back then, there was no such thing as wheat. Wheat and other cereals that contain gluten, such as rye, barley and oats, to name just a few, have been a part of our food systems only recently.

As explained in this introductory article on Paleo Diet 101, this diet completely cuts off all grains, not just grains that contain gluten from our meals. It also cuts off vegetable oils, seeds, legumes and anything that contains processed sugar.

So what is gluten, anyway?

Gluten belongs to a family of proteins, such as those found in barley, rye, spelt and wheat. Wheat is the most common of all cereals that contain gluten. New research shows that gluten should be avoided as much as possible because of its negative side effects. 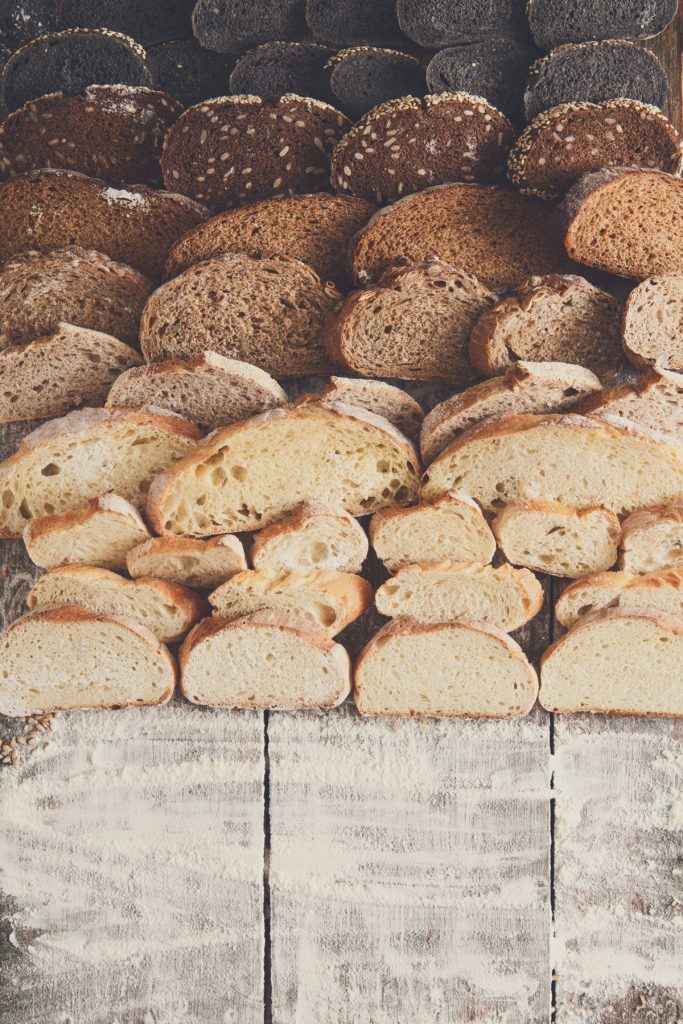 Reason #1: You should definitely stay off wheat if you have celiac disease

Celiac disease is a very serious genetic autoimmune disorder caused by the ingestion of wheat and other gluten-containing cereals. It results in a lot of damage to the small intestine. It is not a common disease and affects only 1 in 100 people around the world, including 2.5 million Americans.

If you have this disease or have someone in your immediate family that has it, it is important that you stay off wheat completely. It is very difficult to heal the intestine once it is damaged, but eliminating wheat can certainly help alleviate some of the worst damages caused by the disease. Stick to the Paleo guidelines and follow the Paleo basics strictly.

Reason #2: It’s not only those with celiac disease who should worry about wheat

Just because you don’t have celiac disease doesn’t make you are immune to the negative effects of wheat. There is a new health concern called non-celiac gluten sensitivity (NCGS) which has become very prevalent these days. It can lead to other problems as well, as discussed here.

Yes, don’t believe for a second that whole wheat is free from sugar. Not true at all! Don’t think for a moment that you are immune to type diabetes 2 even if you completely avoid anything containing sugar. Whole wheat, whether used in bread or pasta, or in canned soup, is filled to the brim with sugar. This can lead to what is called as a “Wheat Belly” when you are least expecting. Avoid wheat, use Paleo recipes instead.

Inflammation is the body’s natural response to injury. You will experience an inflammation every time you get a cut and the wound turns tender and appears red in color. The gluten proteins in wheat are gut irritants. They cut into the lining of the gut, which triggers an inflammatory response from the body. Why is this dangerous? Let’s find out.

Gut inflammation leads to a serious problem called intestinal permeability. What this means is that it affects the ability of the gut to keep bacteria, virus and other harmful toxins away from the bloodstream. This problem is called “leaky gut”. When you have a leaky gut, it leads to the development of autoimmune diseases.

Even if you are not affected by celiac disease, having wheat on a regular basis can result in an infection by an inflammatory protein known to disrupt immunity called as wheat germ agglutinin. This is different from gluten, but just as dangerous as it causes an inflammatory response in the gut cells and breaks down the natural barrier in the gut, which adds the gut’s permeability.

Reason #7: You can have man boobs because of this

Man boobs are the worst thing that could happen to any self-respecting male, and wheat can cause that. As explained earlier, wheat is full of sugar and it leads to a spike in your blood sugar levels and insulin. This leads to the accumulation of fat in the kidneys, liver, pancreas and small intestine and also in the abdominal area. This excess abdominal fat generates estrogen in excess even in men and can lead to the development of the much dreaded man boobs. There is plenty of research to show that wheat consumption is the main cause of obesity in the United States. That’s why you should follow a gluten free primal lifestyle as provided by the Paleo diet.

As discussed above, wheat makes the gut more permeable and leads to what is called as a “leaky gut”. This can lead to substances such as gliadin – a component of gluten – entering the bloodstream and affecting the immune system.

This initiates a process called molecular mimicry – immune system forms antibodies to fight foreign substances that get into the bloodstream. But if the foreign body looks like the body’s tissue, then the antibodies start attacking the body itself. This is a dangerous condition, just as deadly as celiac disease, and is one of the factors behind Crohn’s Disease and other inflammatory bowel diseases.

Skin is the largest organ of the body and is in fact an important part of the immune system. It is also affected by wheat consumption and a gluten-based diet. Wheat can cause the faster ageing of the skin, leading to the formation of wrinkles and lost elasticity. It can hasten the development of advanced glycation end products. These things accumulate as we get older and are the reason why the skin loses freshness and elasticity with age. There are other skin problems related to the consumption of wheat such as skin inflammation, psoriasis, oral ulcers, erythema nodosum and the appearance of painful, red hot lesions on the shins.

Reason #10: Even people without celiac disease can suffer from autoimmune reactions because of wheat

Reason #11: It can lead to baldness

There are many different reasons why baldness is caused. Some of the factors are because of hereditary reasons. Baldness could also be caused as one of the side effects of chemotherapy and other medical treatments. One of the types of baldness, called as alopecia areata, is due to wheat consumption. It results in hair loss in patches on the various parts of the body. It is an inflammation which is similar to the effects of celiac disease and can result in rapid hair fall. So if you want to prevent baldness in the future or to ensure that your hair starts growing again just as before, avoid wheat completely. Follow the Paleo basics. Do have a look at the Paleo guidelines discussed here.

One of the consequences of having wheat on a regular basis is weak and frail bones. Wheat is a plant food that produces acidic byproducts in the body. When the body is acidic, it tries to restore the pH balance by extracting calcium carbonate and calcium phosphates from the bones. This results in the demineralization of bones, and can eventually lead to dangerous conditions such as osteoporosis, which is marked by weak and frail bones with low bone density and fractures.

Reason #13: Can lead to gastrointestinal conditions

Some of the obvious consequences of a gluten-based diet are gastrointestinal conditions such as constipation, diarrhea, heartburn, bloating, vomiting, gas and smelly stools. The symptoms are in many ways similar to that of celiac disease.

One of the main reasons why you should stay off wheat and switch to a Paleo diet is because having far too much wheat on a daily basis can lead to mood swings, loss of concentration, irritability, mental fatigue and even depression. It could also lead to brain fog.

In his book, Wheat Belly: Lose the Wheat, Lose the Weight, and Find Your Path Back to Health, Dr. William Davis explains how wheat consumption can lead to mental health problems:

“There have been reports of complete remission of the disease, such as the 72-year-old schizophrenic woman described by Duke University doctors, suffering with delusions, hallucinations, and suicide attempts with sharp objects and cleaning solutions over a period of 53 years, who experienced complete relief from psychosis and suicidal desires within eight days of stopping wheat.”

So these are some of the reasons why you should stay off wheat and follow a gluten free primal lifestyle, or a Paleo lifestyle. If what you’re doing is not working for you, perhaps it’s time to change it – go Paleo, like our ancestors did! If you have any questions for me, do send them in the comments below. 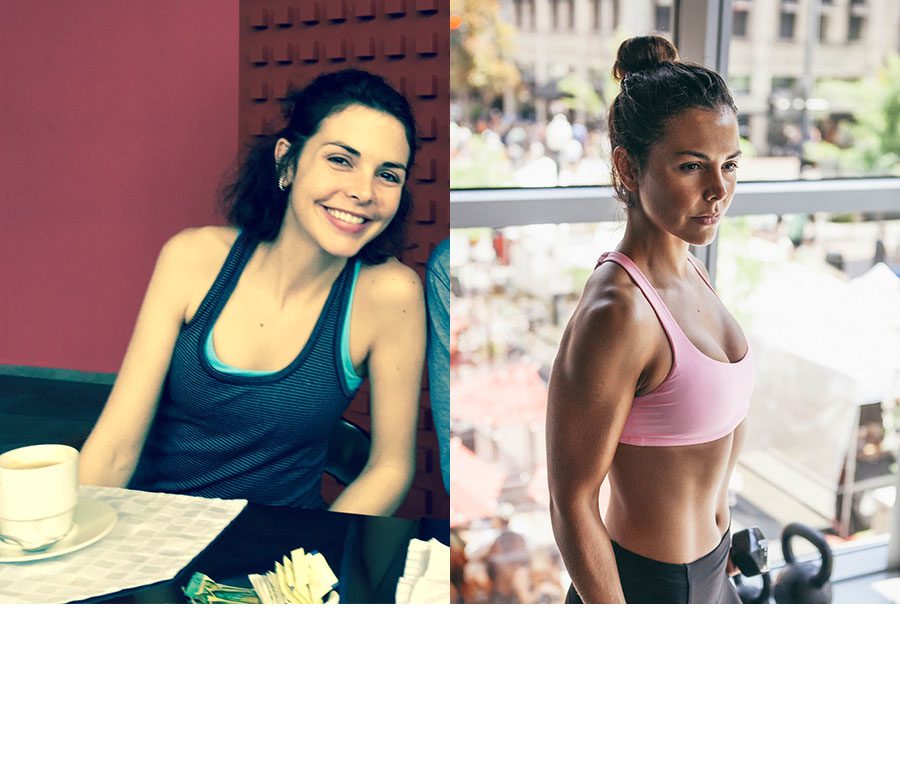 About two years ago, I struggled with gut issues. Mainly inflammation due to food intolerances. I had no idea why I was facing these problems,…

I’ve struggled with gut issues in the past, mainly gut inflammation and food intolerance, both of which have forced me to become very aware of…